The first time Mateo came into contact with electronic music was in 1997, shortly after that he started attending techno parties. His first performance as a DJ came not long after, five years later in 2002, when he slowly began to make a name for himself in the local scene under the name DJ Basic. From 2006 to 2011 he performed for the „Underground Control“ crew and was active as a resident in local underground clubs like „Jungla“, „2dogz“ & „MuralI“. Fast forward two years later, he was part of the Acilectro crew, where he mainly played festivals and clubs in Croatia and former Yugoslavia.

Dear Mateo, how are you doing? So many names are popping up there. Tell us more about it and your musical development from DJ Basic to now?
Hi Julia ! Thanks for having me 🙂 When I played under the name Basic, I mostly played techno and tech-house, with a sprinkle of breakbeat. Music was really fast & loopy back then, it was fun to play and experiment, and I tried to be as technical as I can be. Thank god I had friendly neighbours in my building, as I was mixing at home everyday for 7/8 hours, for years. That was the time when I carved my DJ skills to the point that I can use 3 channels to play on, or perfectly scratch during my sets. When I played for “Underground Control”, most of the parties were illegal, and every event was packed. It was a real rave experience – the kind that I think everyone should have experienced at least once in his/her life. After that, I started to play in legal clubs, and became a resident in almost every club back then in Split, up to this day.

When I changed my name to Madezh, but even before that I listened to tons of music, to find what I like and to build up my sound. If I had to describe my sets, I would say they are colourful, I’m open minded to any style, I don’t cater to trends or genres. There’s nothing more beautiful than two completely different tracks that sound like a track for itself included in a mix…Magic! 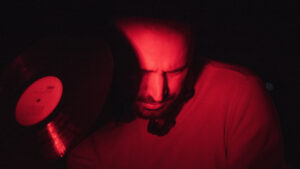 The Last 5/6 years, I haven’t stopped producing music. I’m making music everyday, improving, learning and it makes me happy especially when I find a perfect moment at the party to play something that I did in the studio. In 2012, I changed my artistic name to Madezh when the Cruise crew got together spontaneously. Cruise was formed by Mariano Mateljan & myself with a bunch of friends around us. It was basically an old idea directed to refresh the scene in Split and get parties to a higher standard. We wanted to bring some new artists / producers to the table, promote, listen and dance to music that we liked, which we do to this day.

What exactly is Cruise, for those who don’t know yet?
For Cruise, we are booking djs who have the same passion for music as we do, people who are not here just for money & fame. We are trying to bring like minded fresh djs / producers, but also people who have inspired us in the past ,and who are our friends or soon to become one. Cruise has now become a key part of the Croatian underground electronic music scene not just with names that we bring, but also for it’s legendary Cruise Split Boat parties that are going every summer on the Adriatic Sea.
Beside Cruise I have another project called ‚Madezh Invites‘ ‚that is going on from 2018. Due to the pandemic I had to stop doing it because all the clubs closed. It is an event based to give an opportunity to newcomers in Croatia, because there are some crazy selectors in our backyard and people just need to hear them 🙂 This project is close to my heart, as in my beginnings you didn’t have a platform like this to present yourself to the crowd. I want to support newcomers as much as I can.

So you are organising a lot of parties it seems – Dope! How is the situation in Croatia regarding police patrols / restrictions and so on (here I am not just referring to Corona). Would you say you have enough freedom to dance wildy?
Scene in Croatia was pretty big from 97/98 when I started to visit parties, then it reached it’s boom in 2004/5. We had big local festivals back then, really big parties and all the events were packed. It was a movement for sure. You could really listen to anything you wanted from techno, trance, house, drum n bass etc..Almost every club, bar, forest, beach was involved in the scene. Afterwards things have changed, clubs started to close, and in Split you could hear only a few international DJs that were loved by the crowd. They were cash cows for the promoters. So for us that was the point when everything started to go downhill, as we didn’t have an eclectic scene any more. Since 2013, the situation has turned in a better direction as you can find lots of crews, individuals and enthusiasts who are coming up with new ideas and are trying to realise them, and they are doing a great job. I think this sums up the freedom, dance and movement that we had, and I’m happy after the fall that we are now on the same path as before and that musical knowledge and education is getting higher. In the last 7-8 years, Croatia has become the go-to place. During the summer, it’s dominated by large festivals, so you basically party every day for months here. 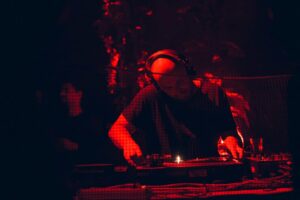 What do you think was the reason for the downhill?
I think the promoters became lazy and no longer wanted to take risks by bringing in new dj’s and styles of music. They stuck in the past, and only to verified names, which brought them money. In the end a lot of parties came down to promoters who have no music background or knowledge to put things on the next step. In the end, that was the reason why dj’s became promoters as they were the only people on the scene who knew what’s going around on the world’s music scene.

Could you name a few upcoming artists from Croatia?
I can mention the people like Mariano Mateljan, Petar Dundov, Dj Jock, Insolate etc… these are all established DJs and people from different musical backgrounds and different genres of electronic music. Also there are a few new ones like Spinnski, Teskera, Ana Antonova etc… People who really  spend time in the studio.I’m sorry if I forgot someone, and I know I did, there are more of them out there for sure.. These are just people that were first on my mind. All in all, Croatia is full of talents that will be discovered soon 🙂

Tell us a bit about your future plans.
A Few months back I had my first release on u.dig records, and I’m also waiting for a few forthcoming releases, one is going on Titontons Residual Records, one on Sleepless Musik and one on my own Travel Light Records. Travel Light was established last year in 2021 during the pandemic, it just came naturally, like… it was the perfect time, as I had more time in the studio, because clubs were closed. The idea it’s to have a platform with no boundaries, or specific genre to serve. I will put out everything I like, house, techno, garage, minimal, trance etc. I want it to be colourful like the music I play. Also it’s hard to plan anything, especially music wise in the future. Everything is changing everyday about the pandemic situation, and it’s hard to start where I left off regarding making parties and playing at the same time. So I want to do as much music as I can in this period, before the summer starts here, as things will probably get better for all of us, clubs and venues will start to open.

So what will be the first release on Travel Light, and do you already have plans for the next ones?
The First release will be an EP by myself called „One Bag Only Ep“ , and I’m still waiting for the release date, as the pressing plants are fully booked. That’s a big problem now if you want to release on vinyl.
Mostly I will release my own production, and production from my close friends that I really like. Looking forward to seeing in what direction it will take me in the future. 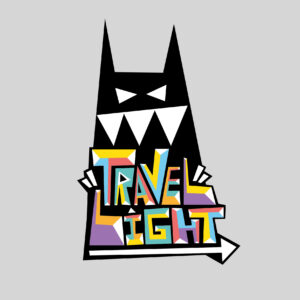 Here is a little treat from Madezh for allalonemusiclisteners. Enjoy his musical selection for us! 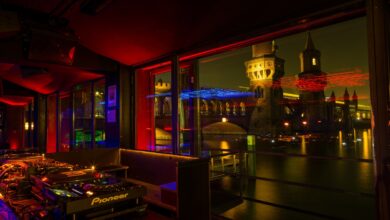 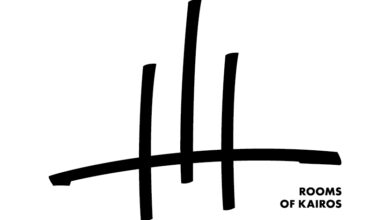 Letizia Trussi: The person behind ROOMS OF KAIROS